Get Ready for the Housing Market to Heat Up Again 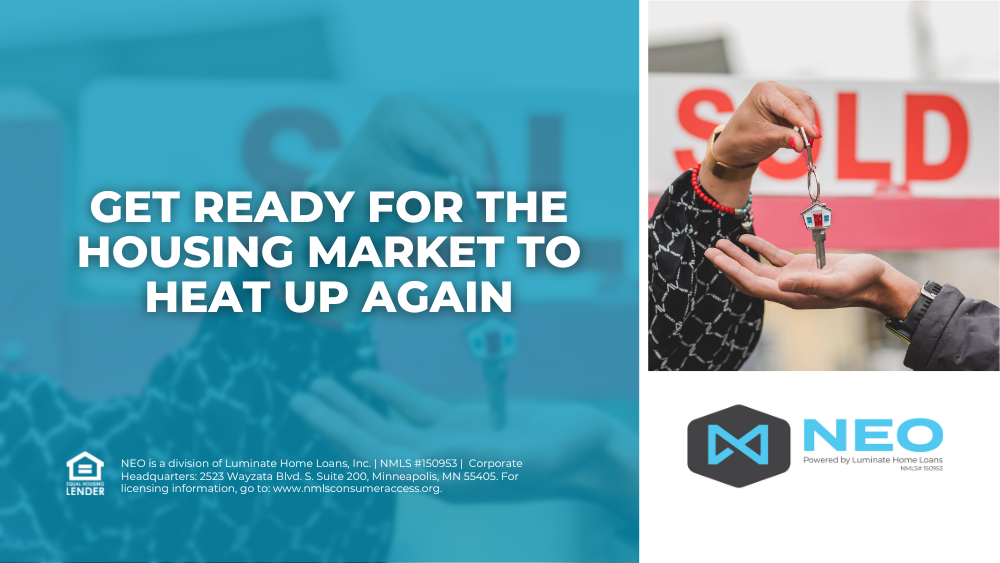 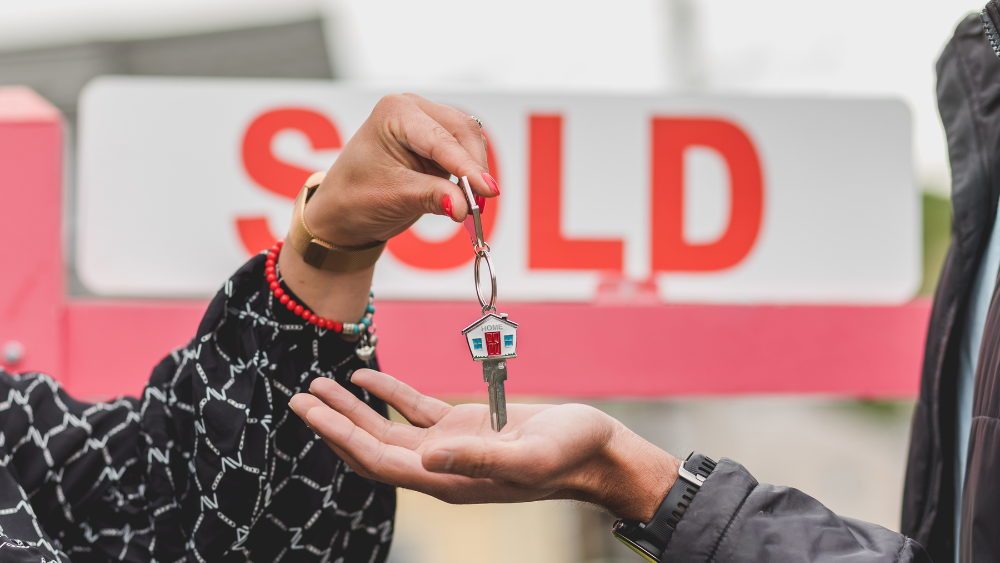 After a record-breaking couple of years that saw mortgage rates plunge to all-time lows and home prices soar to new highs, the U.S. housing market has definitely seen a slowdown. Home sales have been steadily declining for the past year as high rates have throttled affordability, and even though home prices are still up year-over-year, the numbers are not nearly as staggering as they were in early 2022.

This has caused a lot of fear about the future of the housing market – specifically, the stability of home prices. Blogs, news articles, and TikTok videos are rife with warnings that home price depreciation is just getting started, and that we are about to see another freefall of homes prices like we did from 2007-2012.

However, as 2023 has gotten underway, there are already signs that the decline in housing market activity of the last couple months may have already finished its run.

The reason housing market activity went into free-fall mode in the second half of 2022 is simple: affordability. This is not surprising when mortgage rates jumped nearly 4% right immediately after the Pandemic Housing Boom shot average home prices up almost 40%.

The market felt the effects of these affordability constraints. Home purchase applications had steadily been declining since February of 2022, and last month they reached the lowest point since 2014.

Luckily, there are growing signs that this lull in the market has run its course. The decline in mortgage rates over the past couple of months thanks to improving inflation has led to a small rise in affordability and a boost in homebuyer optimism.

This rate improvement has has piqued interest in some buyers who have been sitting on the sidelines. Mortgage applications for home purchases have already started to increase, jumping 28% last week compared to the first week of January, according to the Mortgage Banker’s Association’s weekly applications survey. 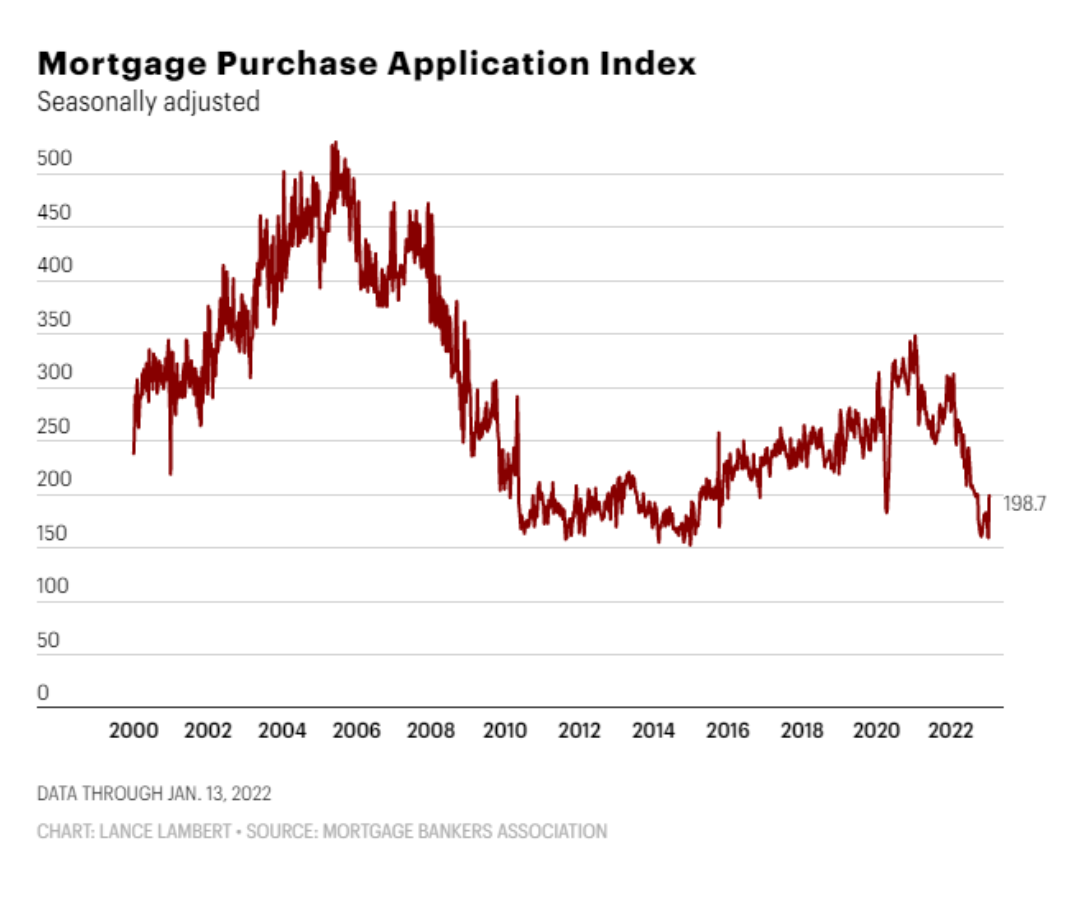 This number is still very low compared to pre-2022, but as we move into the warmer months and interest rates continue to respond to improving inflation, demand for homes will continue to increase and keep home prices from falling drastically.

In order for the housing market to “crash”, it would have to see a steep drop in homebuyer demand combined with a steep rise in housing supply – but that’s just not happening.

Housing starts, a measure of new home construction, had big drops in May and July last year when rates pushed many prospective home buyers to the sidelines, and they have been falling since then.  U.S. home building fell in December as the housing market continued to slow. December housing starts dropped by 1.4% from November, and were down 21.8% from a year ago, according to data released on January 19th by the Census Bureau.

As demand starts to increase as rates improve, builders are going to have to play an even faster game of catch up than they have over the past decade – all while fighting the headwinds of the high cost of construction and supply chain disruptions.

Existing home supply is also not where it needs to be. Even though rates are decreasing, they are still the highest they have been since 2008. This is keeping a lot of would-be sellers from listing their homes and buying new ones, and as a result active listings dropped in December for the second month in a row.

There is a lot of pent up demand in the housing market right now that has been kept at bay because of the affordability problem. But as affordability improves, we are going to continue to see more people move forward with their homebuying plans.

We also expect additional demand to hit the market. The price of renting is expected to keep rising, remote work continues to be the norm, and more millennials are reaching their peak homebuying years. All of this combined will keep demand for homes steady, and because supply is still low, we expect the housing market to remain stable and avoid any drastic depreciation in 2023.

Who Is Saying It is Time To Buy a Home? EVERYONE! 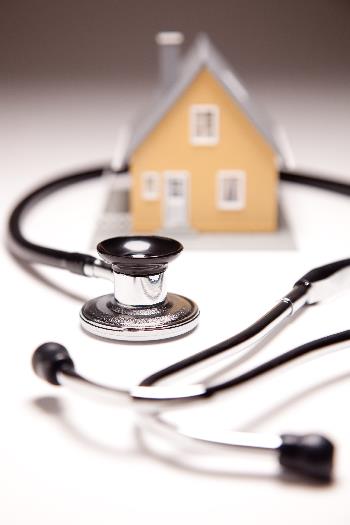 Number one reason we love what we do!

Could Higher Interest Rates Save The Housing Market?